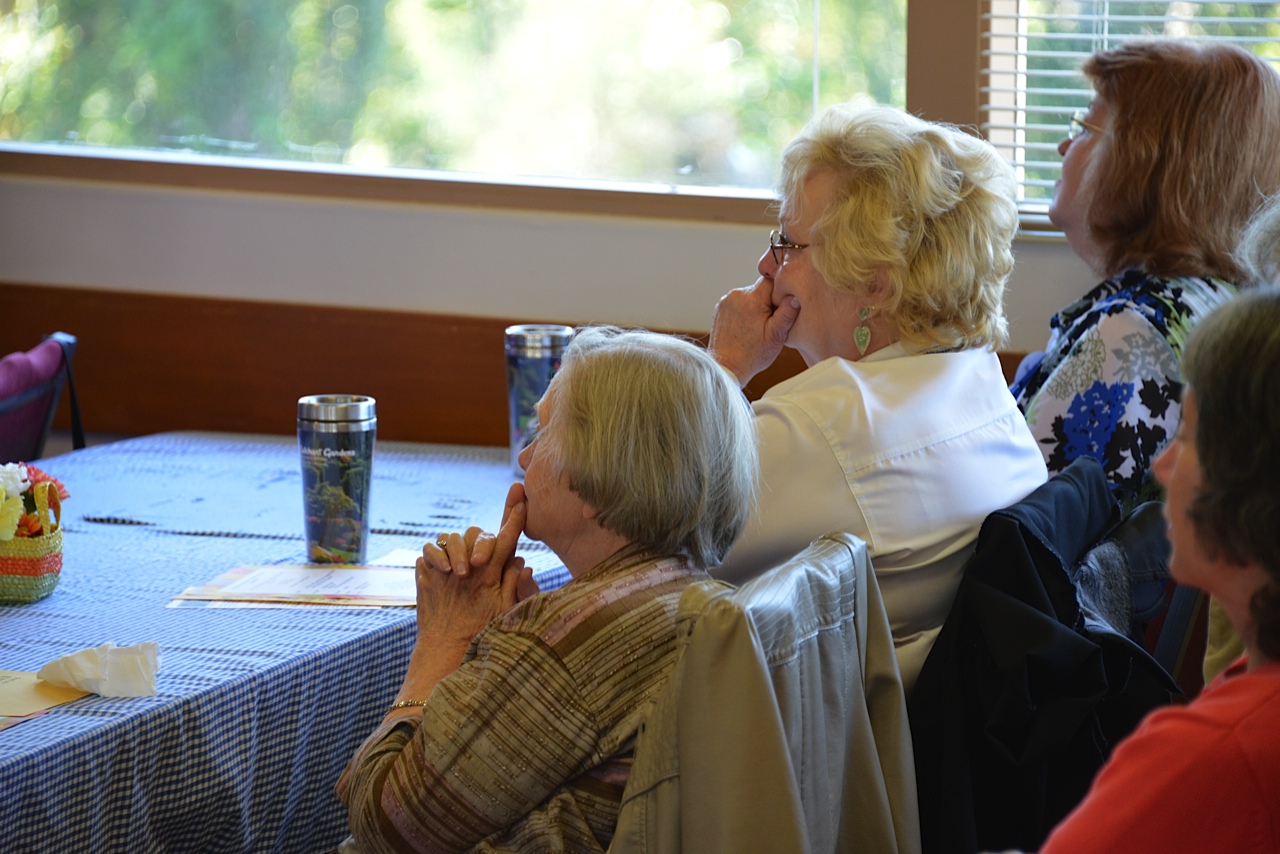 Do you remember Dana Carvey’s portrayal of the “Church Lady” on Saturday Night Live back in the 80’s? Carvey played a stereotypical little old church lady: purse-lipped, hair in a bun, support hose with thick-heeled shoes, voice like a serrated fish knife, and a passion for finding sin in every member of her downtrodden congregation.

I was a prodigal daughter newly returned to the mother church. Given my spiritually dissipated past and heretical present, the welcome I got at St. Paul’s startled me. Could I have underestimated Christians for all those years? The answer was ‘Yes,’ and this was nowhere more apparent than at the Wednesday night soup-and-discussion meetings held during Lent in the old Parish Hall. That’s where I first got to know a few of St. Paul’s formidable church ladies.

Eating my first bowl of chowder, I felt overawed by the other women at the Lenten soup suppers. They seemed so muscular in their spiritual devotions, especially compared to me. They read their daily office, all three passages. Read their Day-by-Day every blessed day. Got up an hour early in the morning just to do devotional bench-presses. Prayed in the morning and prayed at night. Frankly, they intimidated the heck out of me.

It’s a short step, spiritually speaking, from intimidation to resentment, and I confess I entertained a few dark thoughts. Briefly, I imagined a holier-than-thou attitude in these ladies that I never actually saw. Maybe that’s where the grain of truth resides in Dana Carvey’s ‘Church Lady’ – not in the women themselves, but in us, when we look at them. It’s so much easier to imagine that a steady pew-holder thinks she’s better than me, than to admit that, in some ways, she might actually be better than me.

My own continual doubts, uncertainties, fears that I’m a hypocrite, struggles to find a daily devotional practice that’s more enriching than annoying, internal questions about what’s really good and what’s just acting good, uncertainty about the right actions toward my family and friends – Am I doing enough? Does it even matter? – all this makes up a large part of my spiritual life. When I run into somebody who appears to know what she’s doing along those lines, my first reaction can be a bit spiteful. In this case my resentment was short-lived. Those ladies nailed it to the church door with kindness itself.

First, at the soup suppers, they listened to me as if I might actually have something to say. Then they ate my chili and asked for the recipe. I was totally disarmed. Next, the rector roped me into updating the church history. Through that project I met more of St. Paul’s church ladies, women who gave me an image of parish life as deep and broad as the community itself. Next, he roped me into the Worship Committee, where every month I heard both respect for our religious tradition and support for new ideas from still more formidable church ladies. I’ve received priceless encouragement for my writing endeavors and welcoming smiles at pot lucks from the ladies of St. Paul’s.

Curiously, I’ve never once been accused of sinful thoughts or harboring Satan in my soul. I guess they just haven’t noticed.I like to be in the same room with these women. I like to hear them talk. I like to hear how their souls work. It makes me think that maybe … if I work at this for a few more years … if I listen closely … maybe someday I can be a real church lady myself.

An earlier version of this post was published in Episcopal Life (May 2007).